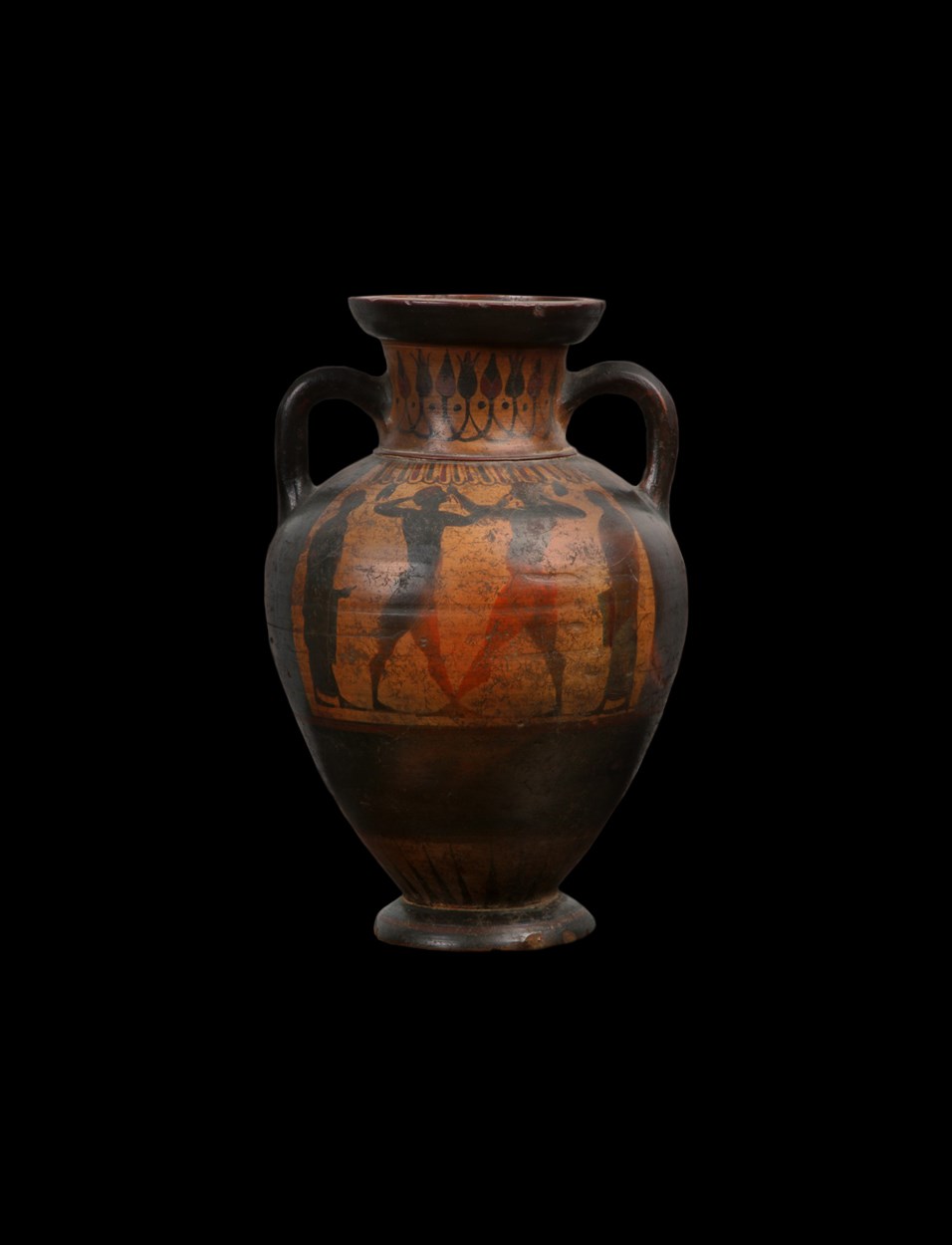 Description:
Face A: two boxers flanked by umpires, blood spurting from the fighter’s noses.
Face B: four dancing youths.
Rays above the foot, tongues below the neck and linked lotus buds on the neck.

Former French private collection of the architect J.-C. Dupré, who worked with Patrice Bonnet (1879-1964) on restoring the Château de Versailles sometime during the first half of the 20th Century.
Then, by descent in the same family until 2015.